There were 15 riders, 11 women and 4 men at the start in Waterloo Station with a forecast of fair weather for a change, though the top of the Shard was shrouded in mist. After a charge over Tower Bridge and a bone shaking ride along the cobbles of Wapping High Street we rode along the waterfront to Limehouse Basin, then turning North along the Regents Canal. This had been drained for part of its length and volunteers were raking out the piles of rubbish from its bed. Not a pretty 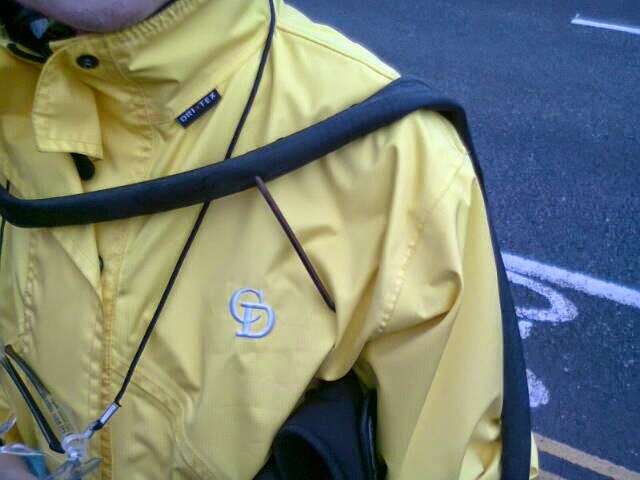 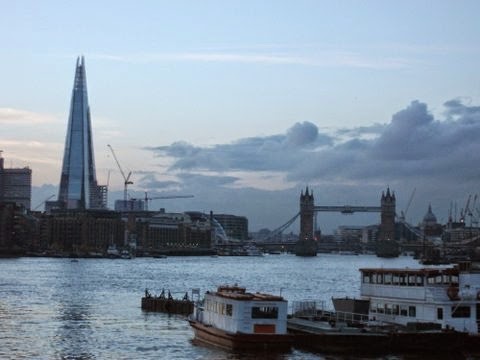 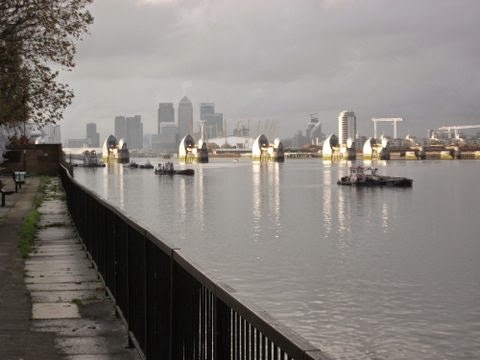 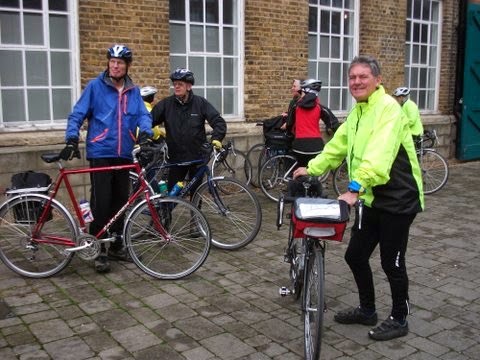 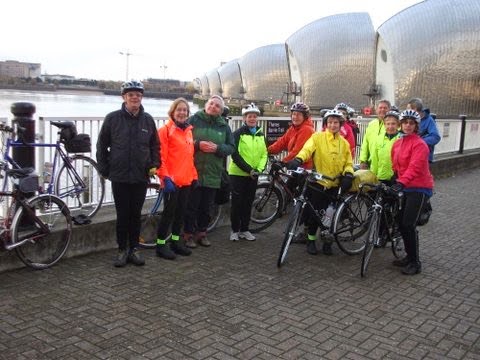 sight.
We then entered Victoria Park full of cyclists, runners and exercise groups where Lillian suffered the first puncture of the day. Some had a quick coffee while it was mended and we then left the Park to join the Greenway by the former Olympic Park. This area has been a building site for years with temporary road closures and we found the way to Stratford barred by road works. Detouring round the obstruction, Lynda suffered a massive blowout to her rear tyre from a 4inch nail which had somehow entered from the sidewall and protruded outwards. This repair was quickly effected and we then found a way to the Greenway where Toni had a rear tyre blowout. By now the repair team were becoming proficient at sorting these and we then proceeded down the Greenway to Beckton where we left to round the Dock Basin to the Woolwich Ferry. Harry and Helen went across via the foot tunnel and the rest took the short ferry ride. A short stretch along the river front then took us to the Firepower museum cafe for a latish lunch stop which was taken to a background of minor expolsions accompanied by shrieks as a group of schoolchildren had some sort of educational experience in the museum proper.
Setting off after lunch we paused briefly by the Thames Barrier, went through Greenwich and Rotherhithe, along some more cobbles and emerged among the crowds at Tower Bridge as the sun set. There was a brief shower as we went through Greenwich, otherwise the light was rather atmospheric and David got some good photos. After we had navigated the crowds by Borough Market and the Globe, numbers began to reduce as people peeled off to London Bridge and Blackfriars stations.
In the end I recorded 31 miles from Waterloo and everyone had lessons in how to repair punctures and ride on cobbles. Many thanks to Tony for leading the ride.

Next Step ride on Sunday the 23rd.