Gemma and Steve are a daughter and father partnership who have been regularily turning out on Beginners rides for the last two years. They joined as a way of preparing for the London to Brighton charity ride in 2013. Having always cycled as a family in Nonsuch Park some years ago, they continue as a way of keeping fit and for the social side as well. "It gets me out of the house now I'm retired" says Steve. They like the longer rides on Saturdays and Sundays and the direction of Hampton Court and Bushy Park as they live in Epsom and Cheam. Their favoured cafe stops are Bike Beans in Ashstead and Roehampton Gate in Richmond Park.
Emma rides a Specialized Road Bike she got in 2013 And Steve a Felt Hybrid about four years old. He thinks he might also get a Road Bike in the future, an idea shared by many I suspect.
Here they are, ready for February weather. 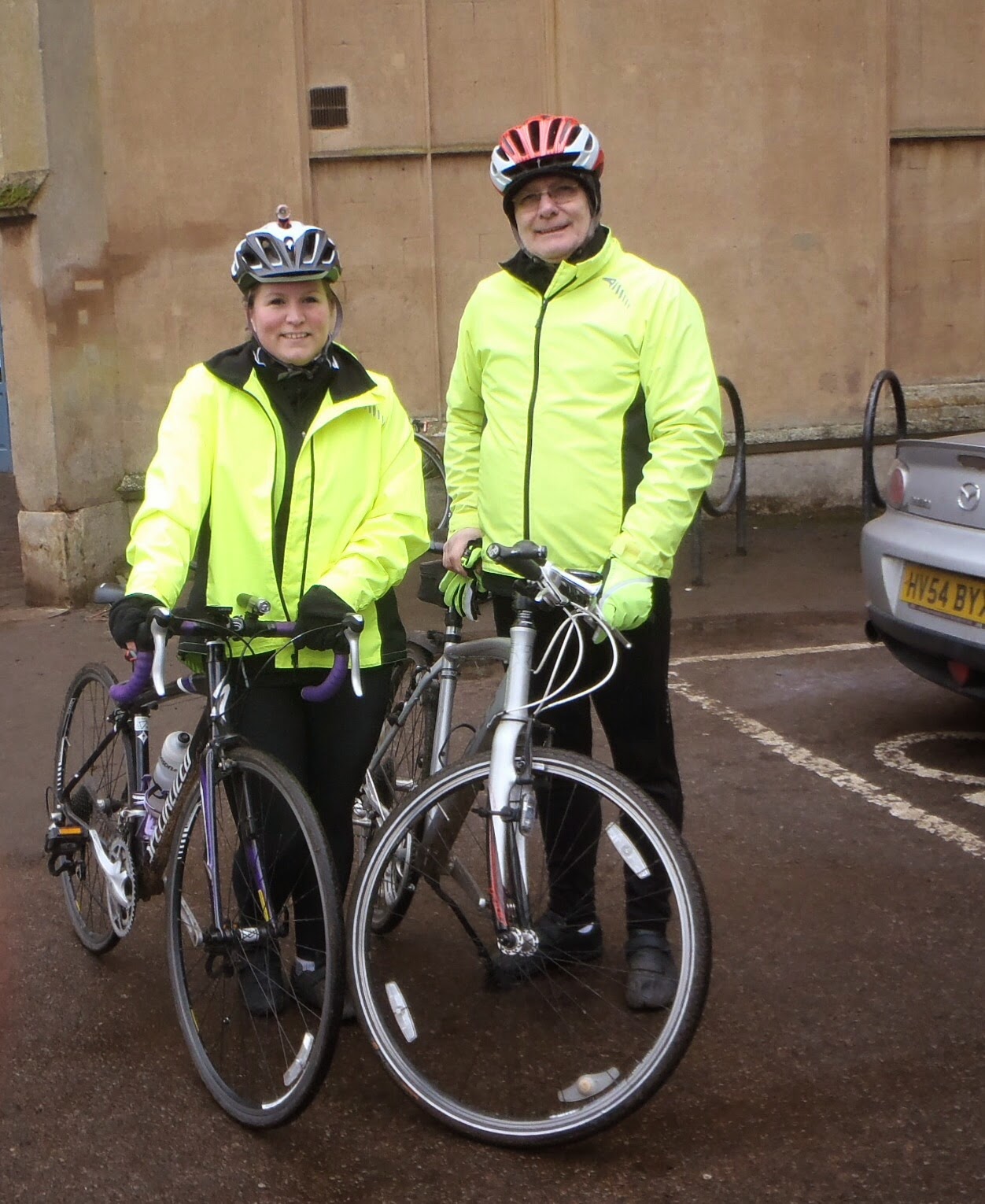 Ride to Greenwich on Saturday the 21st February

After some very early morning snow there were 20 at the start, all well wrapped up against a cold NW wind. Such a number required marshalling on busy roads and this was provided by Eddie, Angie and David.
After traversing Mitcham on back roads we went up to Tooting Graveney Common and Streatham Hill. It took a while for us all to get across Streatham High Road, but once up Streatham Hill it was all downhill to Dulwich Park. We did a circuit of the Park, as usual full of joggers and footballers, and exited towards Peckham Rye where Helen had a flat conveniently close to the cafe. Luckily David is something of a maestro at repairing flats and this was attended to in the rather keen wind while most sheltered inside the cafe.
Leaving via Nunhead and Telegraph Hill Park in Brockley we descended to the Waterlink Way at Deptford Bridge and thence to the mouth of Deptford Creek. There is a new bridge over the creek to Greenwich where we left the bikes on a stand by the Maritime museum and headed to the several eateries. The Pie and Mash at Goddards is a good place to stop in future.
After reassembling we went up the hill to the viewing point by the Observatory apart from Gemma who had a flat almost immediately. This was repaired again by David and we then navigated through Blackheath Village and Hither Green to Ladywell Fields and the traffic free Waterlink Way. With the wind now behind and some pleasant afternon sun we made our way to Norwood Country Park and the end of the Way close to Croydon.
Getting across Croydon to the top of the Wandle Trail at Waddon Ponds was a bit of an ordeal , especially by West Croydon Station with road works and many buses, and arriving at Beddington Park the ride ended with the majority heading West to Sutton.
I did 34 miles from home at a mainly easy pace. In my view a typical London ride with quiet stretches and surprising amounts of green space mixed with nightmarish main roads. Croydon town centre is definitely a place to be avoided by cyclists. Many thanks to helpers, especially David as the
back marker. Photos are by Neil and myself. 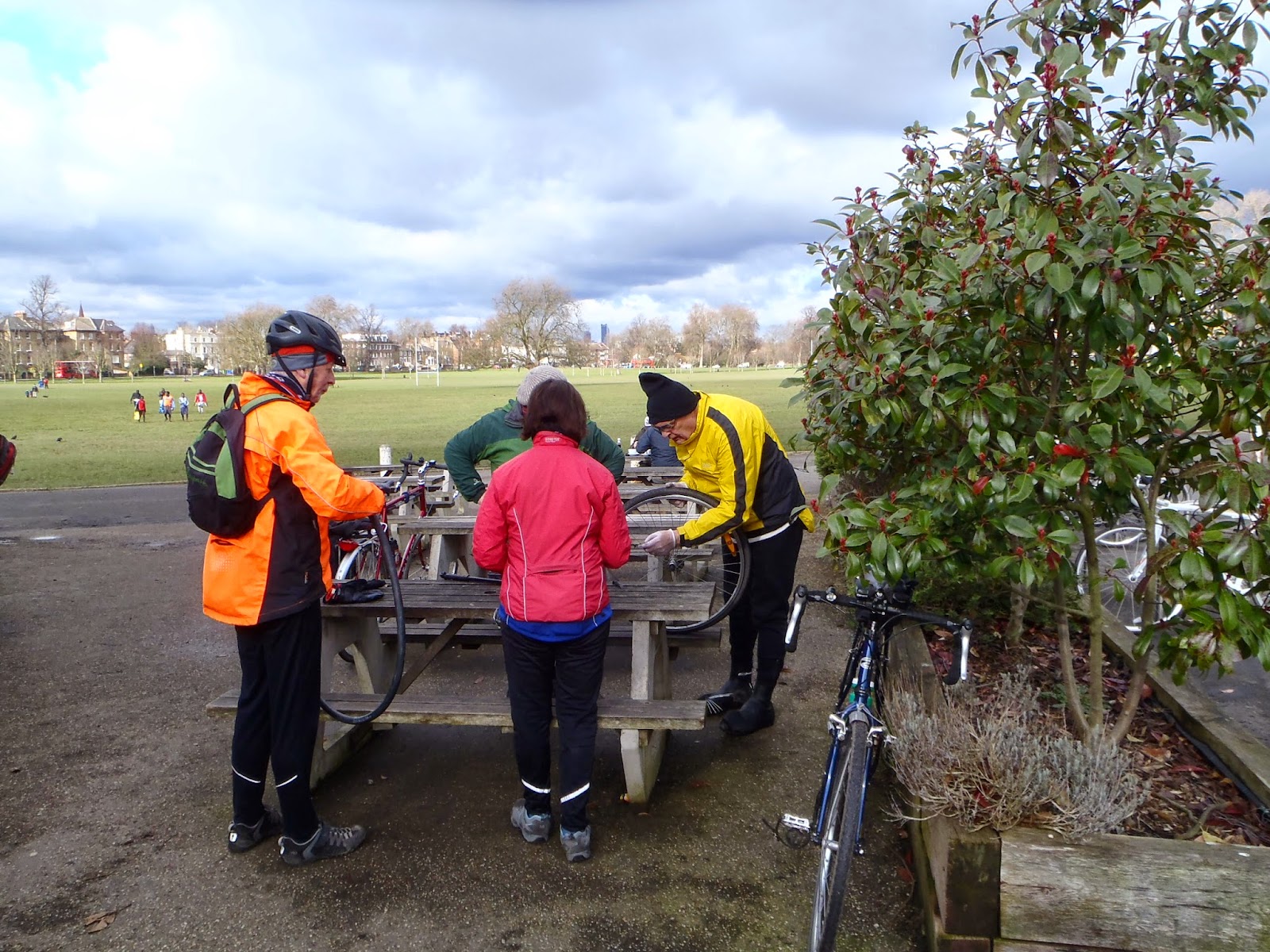 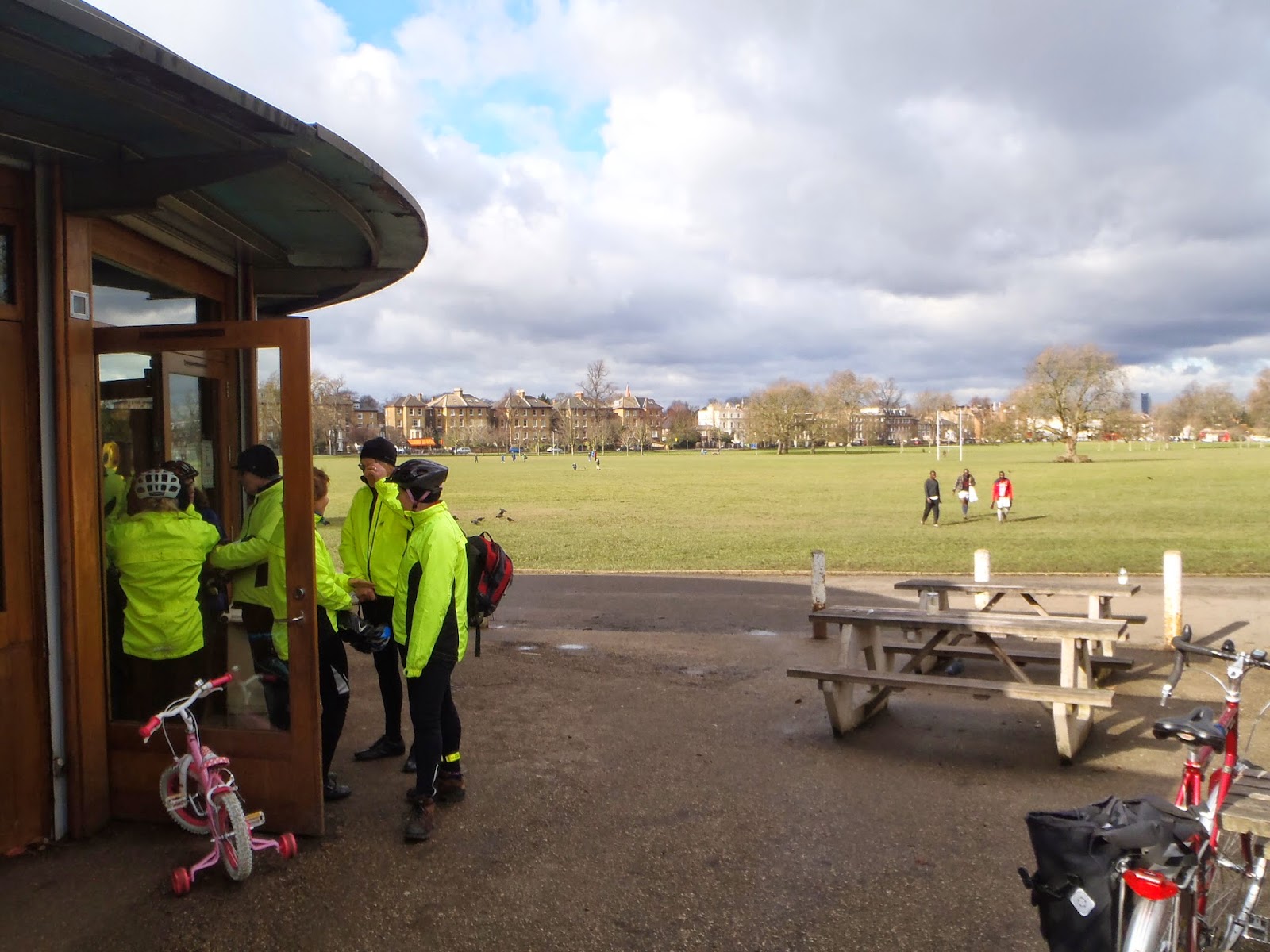 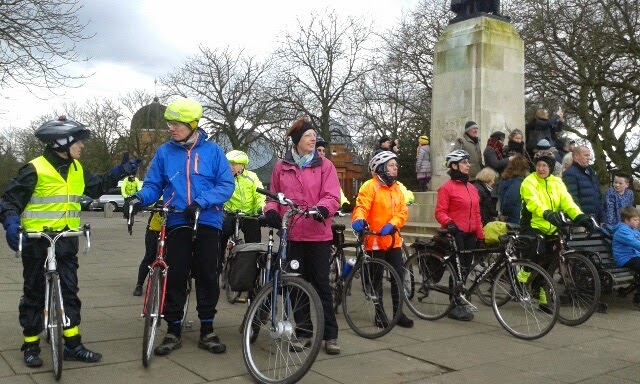 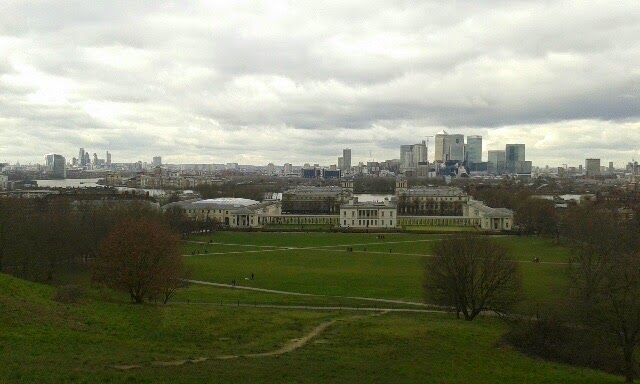 Ride to Greenwich on Saturday the 21st February

We will be leaving Morden Hall Park at 1015 as the cafe opens at 10 am, not as advertised in the email and Sou'wester.
We will ride via Tooting Common, Dulwich Park, Peckham Rye and Deptford. Crossing the new bridge over Deptford Creek to the Cutty Sark, we will secure bikes by the Maritime Museum and decide among the many eateries in the village.
We will return via Greenwich Park, Blackheath and the Waterlink Way to skirt Croydon and end up in Beddington Park. Harry will then return to Morden Hall Park.
Distance will be about 30 miles, at an easy pace with no significant hills.
Posted by Unknown at 11:49 No comments: