More photos from the ride. 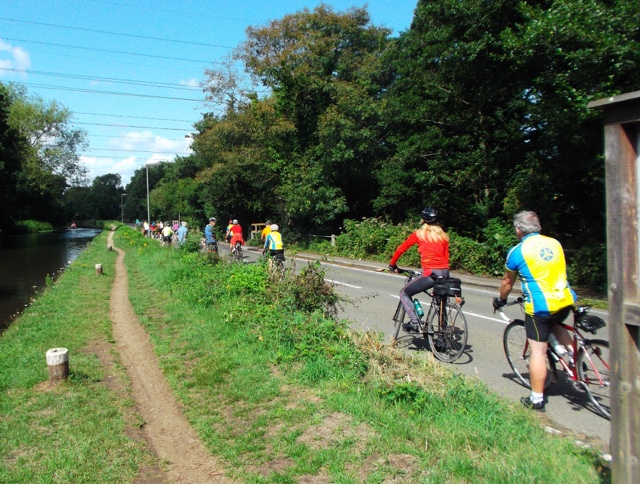 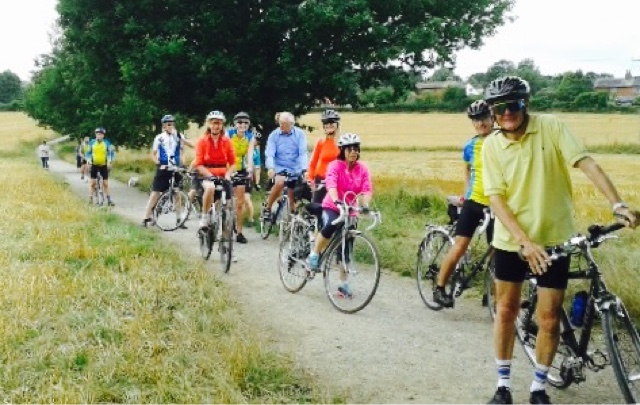 Ride to Pyrford on Saturday the 15th August.

Thirty-one riders left Kingston Bridge.  The group was split into two to ease passage along the tow paths.  All went well until we began the cut through Coxes Mill and the fruit farm.  The second following group became detached and also suffered a collision.  I hope Steve is recovering.  All arrived at the pub for lunch.  Harry accompanied Steve and Gemma to West Byfleet for the train home after lunch.
The afternoon proceeded without incident.  Thankyou to everyone who came.  Thanks to Harry and Tony Hooker for managing the second group.
Steve went over the bars when braking suddenly and unfortunately has suffered a fracture of his radial bone in the right arm. He will be out of action on the bike for at least six weeks. 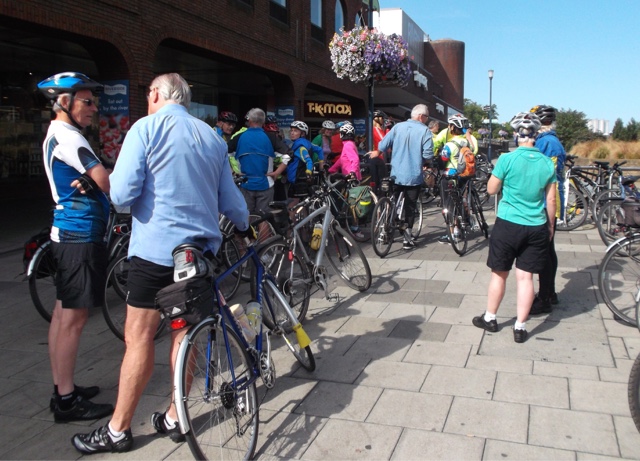 John has been riding with the Beginners since 2009, starting with riding from Beddington Park. He heard about the rides from seeing a notice on a tree in Carshalton. The impetus was needing exercise after a heart attack and finding attending a gym boring.
At the time he had not been on a bike for 43 years since leaving the Addiscombe CC youth section when he was 17 and bought a motor scooter. In that time had had been a sprint athletics coach with Belgrave Harriers and also,ran numerous marathons.
His current bike is a Schwinn Sportera 2013 model from Wallington Cycles. This has a lighter aluminium frame and carbon forks than his previous bike, a hybrid with suspension forks and he uses it for leisure rides along with tending an allotment. His favourite ride is to Ashstead and Bike Beans cafe. 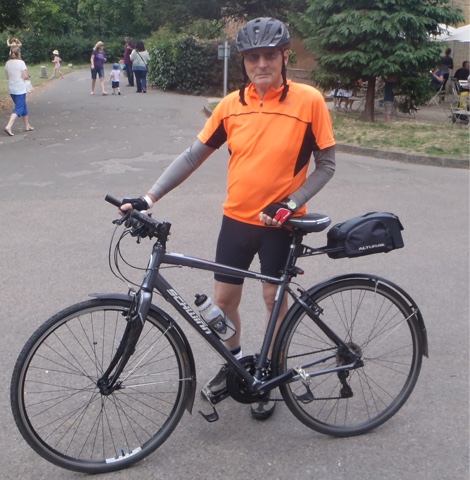 Ride to Pyrford on Saturday the 15th August.

Barbecue at Pat and Mary Ryan's.

The weather was fine for this, and many people enjoyed the fine food on offer. A big thank you to them for opening up their lovely house and garden again. 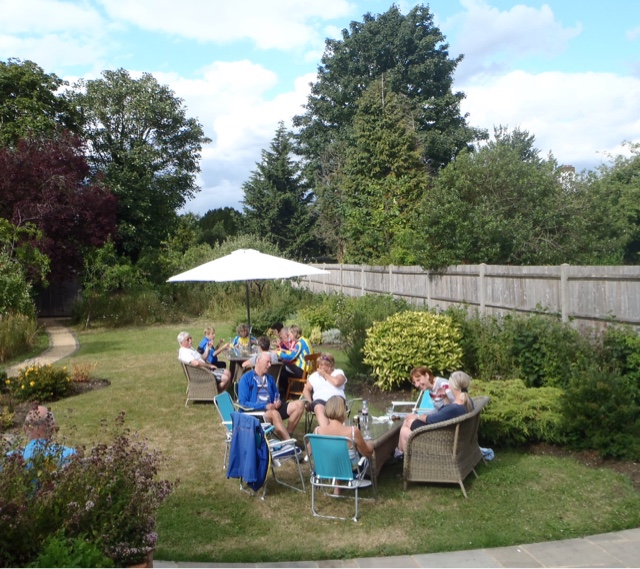