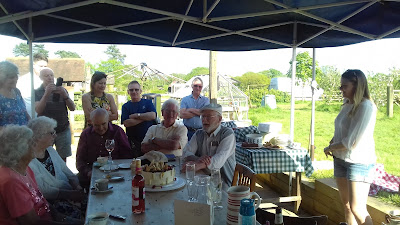 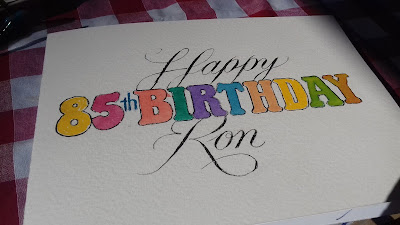 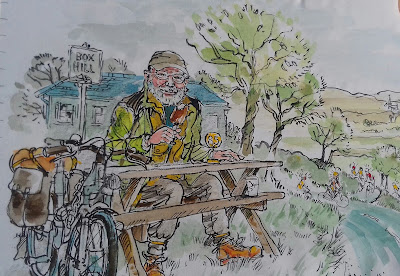 All his SW London CTC friends wish Ron Weeden a very happy birthday today.  Earlier this month, his family hosted a lovely Sunday tea party to celebrate Ron's 85th birthday, bringing together his friends and family for this very special occasion.  Held at his son's lovely house and garden near Leigh, we all enjoyed a very special tea, with delicious home made sandwiches and cakes. A special commemorative birthday card was designed by our CTC artist Brian Bent.  We all hope to enjoy many more cycle rides in Ron's company!﻿ 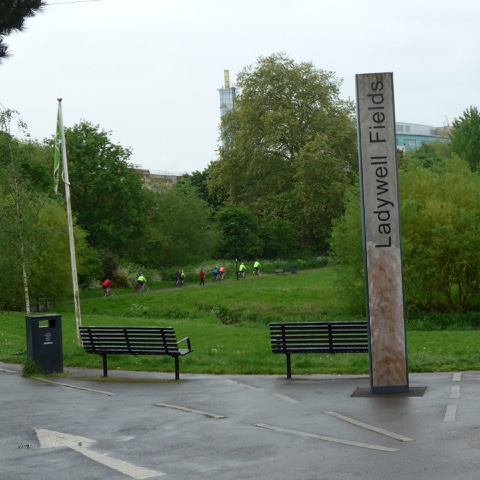 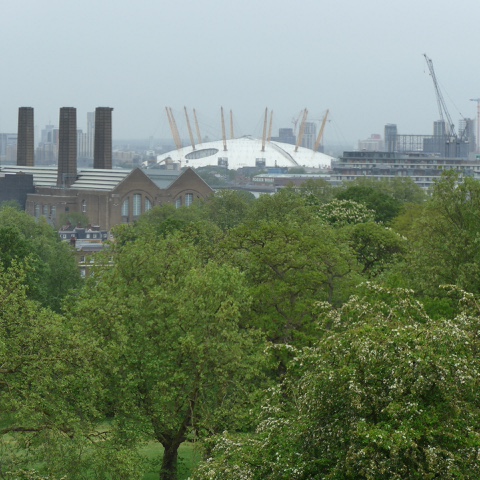 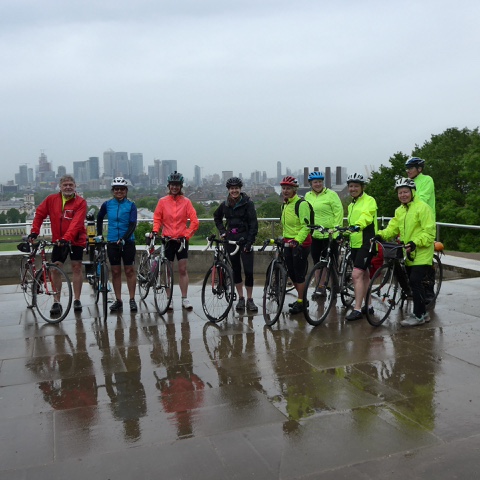 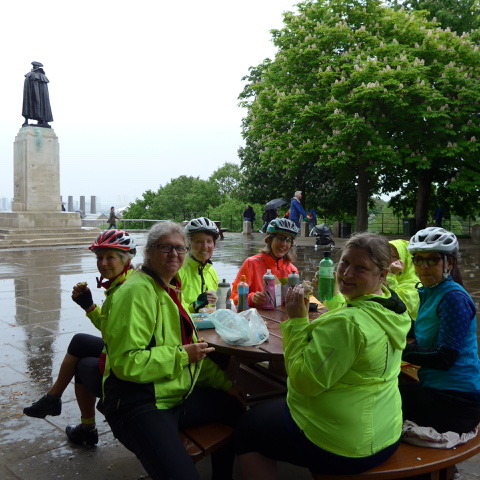 Ride to Greenwich on Saturday the 12th May

Thirteen riders assembled under cloudy skies at Morden Hall Garden Centre. Rain was forecast for around 3 pm. We went down the Wandle Trail to Earlsfield then up to Wandsworth Common with its hundreds of footballers. Across to Clapham Common and through the back of Brixton to Brockwell Park. Thence to Dulwich, again very crowded for a halt at the cafe by the lake. The sun, at this point, made a fleeting appearance. Finally, after a halt on Telegraph Hill for the view we descended to Deptford and the rather quirky monument to Peter the Great by the Thames.
This was a bad omen for almost immediately we had a couple of mechanicals and it also started to rain. After a fruitless search for a local bike shop, three decided to head home by train and the remainder sought out a sheltering tree at the top of Greenwich Park. The rain got heavier and after an abbreviated "picnic" we headed across Blackheath Common and down a steep hill to the Waterlink Way at Lewisham. A puncture was repaired under a railway bridge and we headed onto Ladywell Fields where the path was covered in downy white seeds which turned to a paste in the rain and clogged up underneath mudguards. The size of the vegetation a testament to all the recent rain.
We emerged  after Cator Park and headed up Crystal Palace Hill in steady rain to Cadence Cycles and use of their track pump. By now another rider had left to get the train home and it was decided to abandon plans to have a tea stop at the Rookery Cafe on Streatham Common. Descending from Crystal Palace is great until the road kicks up again at the top of Streatham Common, but we all made it and the fast descent down to the A23 and Streatham Vale was a bonus. Thoroughly damp by now we finally got back to Morden Hall Park just before 5 pm.
Despite the rather dismal conditions, the enthusiasm of the group was a tonic and the ride was quite an achievement for some who had not done it before. Sue and John Bellamy acted as back markers.
Posted by Unknown at 09:23 No comments:

Ride to Greenwich - Saturday 12th May

I can confirm the ride to Greenwich will start from Morden Hall Park outside the garden centre at 10 am. We will have a break in Dulwich Park and a picnic (hopefully) in Greenwich. We will return via the Waterlink Way, Crystal Palace Park, and Streatham Common.

Our good friend Ron Weedon celebrates his 85th birthday this month!  His family are hosting a birthday tea for CTC friends next Sunday 7th May, 3-6pm near Brockham.  If you would like to cycle there in company, a group ride will leave Mansion House, Nonsuch Park at 1 pm. 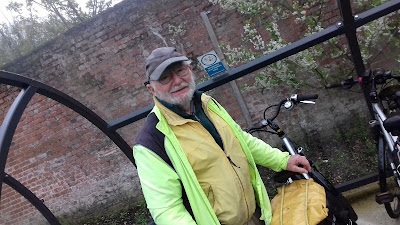